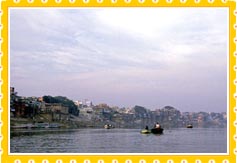 Lucknow is situated on the northern part of India in the state of Uttar Pradesh. It faces some extremities in temperature in summers and winters. The climatic conditions of Lucknow vary in different seasons and there is much difference in summer and winter temperature. Lucknow basically experiences a warm sub-tropical kind of climate. Lucknow weather is quite unpredictable and it may rain or shine brightly at the same time! Read on to know about Lucknow weather and climate.

Monsoons
The monsoons last from July to September and Lucknow receives its share of rainfall from the southwest monsoons. On an average, Lucknow receives 101 centimeters of annual rainfall. It becomes quite humid after September and sometimes the temperatures may escalate due to the humidity. The evenings are pleasant with cool winds blowing thus reducing the night temperatures a bit.

Winters
Lucknow experiences cool and dry winter months. Winters usually extend from December to February and the temperatures go really low. The temperature ranges from 20o Celsius to 3o Celsius. It is not uncommon for Lucknow to be enveloped in thick fog during winter mornings and the visibility can literally go down to nil. Winters can be bone chillingly cold so it is recommended that you carry thick woolen clothes with yourself.